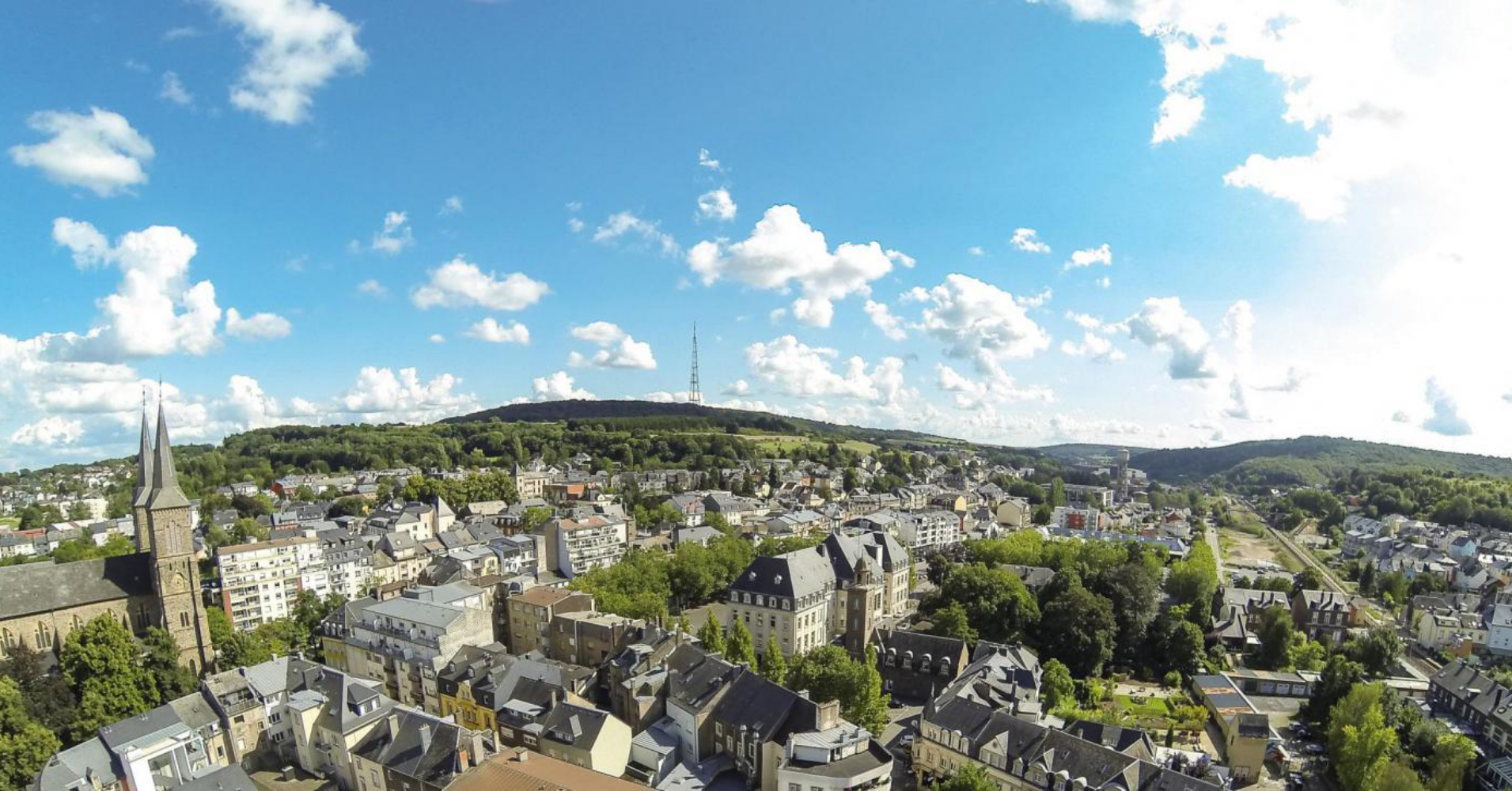 As luck would have it, Dudelange, City of Cultures, will be in the spotlight of the European Capital of Culture from 22 May to 21 June...

As luck would have it, Dudelange, City of Cultures, will be in the spotlight of the European Capital of Culture from 22 May to 21 June...

As luck would have it, Dudelange, City of Cultures, will be in the spotlight of the European Capital of Culture from 22 May to 21 June.

This is a period which sits well between two of its iconic and internationally-renowned festivals: the “Like a Jazz Machine” Festival in mid-May and the “Fête de la Musique” in June.

Constantly evolving and with a strong identity, Dudelange draws its energy from its working-class past and its sporting spirit, along with its desire to move forward at all times. Its friendliness and joie de vivre come from its generous nature and its multicultural richness. As one would say in French: On dirait le sud, quoi.

In 2022, the mining region of Esch is seizing the major opportunity to host the European Capital of Culture. This challenge, as stimulating as it is captivating, allows us to develop the full potential of the region and to renew our links, which have existed since the earliest mining and steel activities but which have ceased developing since the decline of the steel industry.

Dudelange’s programme for Esch2022, which extends over the full year, therefore remains true to its cultural DNA, while being seasoned with a pinch of innovation.

The project “Vestiaire – Wagonnage”, in collaboration with the DKollektiv and the Oeuvre National de Secours Grande-Duchesse Charlotte charitable foundation, was launched in 2020. The hands-on conversion of the Vestiaires-Wagonnage hall on the Neischmelz site promotes its integration with the town, enabling residents to identify with the new purpose. The building is becoming the symbol of a past architecture and the source of new artistic creativity. Its repurposing makes it accessible to a wide public, who are rediscovering it and reclaiming the space. Just like the “Atelier de Locomotives” immediately opposite, which will host an island of flavours in an innovative concept for hospitality.

Dudelange is a city of festivals, as proven by the “Zeltik”, “Like a Jazz Machine”, “Fête de la Musique”, “Fête des Cultures”, ”Eat, Beat & Culture”, “Dudelange on Wheels” – all of which have been a feature of Dudelange life for decades. In line with this philosophy, a new festival has been created: the “Festival des Vitrines (USINA22)”, in collaboration with “Den Atelier” and “De Gudde Wëllen”. For the first time, three of the biggest festival organisers in Luxembourg are working together to create a major festival. With their combined strengths and competences, the organisers are able to offer a festival that will unite the practices of a “Food For Your Senses”, a “Rock-a-Field”, a “Siren’s Call” and a “Fête de la Musique” with the aim of showcasing the work of the various institutional, voluntary and commercial actors.

The “JazzXchange” project will complement the programme for the “Like a Jazz Machine” Festival. This trilateral collaboration with the cities of Novi Sad and Kaunas will see the creation of a jazz work bringing together musicians from very different cultural, historical, social and political backgrounds from the three partner cities, each of which has a major jazz festival. Under the direction of project leader Bojan Z., this group will take up a residency and work in the three cities, while including students from local music conservatories who will also join them on stage.

“Back to basics” or… how tapping into existing sources can be beneficial. The idea for the “Acoustic Picnics” project was born during walks in the Haard Nature Reserve, which links Dudelange with Kayl-Tétange and Rumelange. In contrast to the digital age, the “Acoustic Picnics” create an intimate and relaxed atmosphere in which the whole family can enjoy music, theatre and dance performances, or readings, all in an environmentally-friendly way – zero waste, and no power supply. As the name of the project suggests, the idea is to picnic with the artist(s), bringing your own ‘picnic’ or enjoying a basket of local organic produce.

For Dudelange, the European Capitals of Culture have always been accelerators in the field of culture: notably, the creation of the Documentation Centre for Human Migrations in 1995 and the major exhibition on migration entitled “Retour de Babel” in 2007. With “Re-Retour de Babel” and its central theme “What remains of your roots?”, the City is revisiting the work carried out in 1995 and 2007 and continuing in the same spirit, taking a more personal and intimate approach. This seems all the more necessary, given that the issue of migration is becoming increasingly complex as a result of globalisation and European integration and enlargement. Contemplating the past by writing personal stories will make it possible to become aware of the events, people and moments in life that have influenced who we are and what has shaped our path.

In order to bring together all its artistic potential and to develop projects that benefit the municipality, Dudelange Town Council has worked together with local and national associations and cultural actors to present a relevant and authentic image of Dudelange through 17 projects.

Mayor of the City of Dudelange